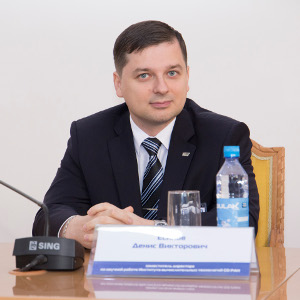 Senior researcher (2014 - today) at the Laboratory of mathematical modeling of ICT SB RAS (Head of the laboratory is prof. Sergey Cherny)
Senior teacher (2018 - today) at the Chair of Mathematical Modelling of the Novosibirsk State University (see Teaching)

I with my colleagues are performing three research projects:

I have took part in the work of the BIRS Workshop on Hydraulic Fracturing: Modeling, Simulation and Experiment held in Banff (Canada), June 3-8, 2018, and organized by Emmanuel Detournay, Anthony Peirce, Andrew Bunger, Egor Dontsov, and Dmitry Garagash. My talk was "The fully coupled 3D numerical model of hydraulic fracturing: ways to improve and possible applications". Here is the video of it.

I have took part in the organization of the "Numerical Simulation of Hydraulic Fracturing" minisymposium on the 14th U.S. National Congress on Computational Mechanics held in Montreal (Canada), July 17-20, 2017. I am glad to make it with Anthony Peirce, Sergey Cherny, and Egor Dontsov as well as Robert Gracie, Armando Duarte, and Erfan Sarvaramini.

Today I have the interest to make a valuable research in the fields presented above. Feel free to communicate me if you are interested in cooperation. Also, see my old internship proposal (2017) for foreign students in the Novosibirsk State University.

In this book, we consider the 3D numerical models of fracture initiation from cavities as well as fracture propagation caused by viscous fluid pumping (hydraulic fracturing). The book starts by describing of mathematical models of hydraulic fracturing. Then, there are sections devoted to the original model of the numerical construction of incipient fracture if some breakdown conditions are satisfied. After that, we describe the fully coupled 3D model of hydraulic fracturing, which takes into account non-Newtonian fluid flow in the fracture, elastic deformation of the rock caused by fluid pressure, and the fracturing of the rock. There are verification, and validation of developed mathematical methods, and numerical algorithms. Also, the book has a lot of figures presenting results of a large number of numerical computations.

Here is a draft of the book "Computational methods in problems and exercises" (in Russian). The book contains problems usually considered in seminar classes.

Here are two useful programs to draw 2D and 3D plots for practical classes, which I gave in the past.